If these walls could sing...

In my previous post, I discussed the game of Go. The maze-like iterations of a game-in-progress (below) reminded me of a question I have been thinking about: 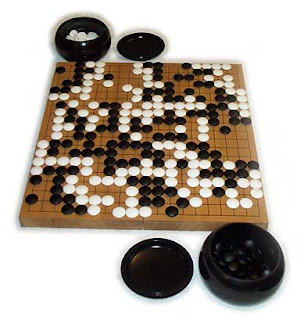 When you get to the place you are going, what then?

This is a very human question.

There are a number of writers who have remarked that the journey is the most valuable part of going from points A to B, not the arriving.

Is there merit in making a sacred space that is more like a journey than a destination?

In Islamic architecture, geometric shapes and mazes abound. They are symbolic of the eternal and of the position of the Muslim (one who submits) as one who is lost (read: held) in the endless, unfathomable eternity of the One who created the universe, by that merciful One (Ar-Rahman). In the picture above, you have to stop and look up to see it -- staring at the ceiling of your destination, the mosque, you are reminded that your journey of faith continues.
Examples of Islamic calligraphy throughout the Muslim world -- found on walls, entryways, ceilings, etc -- serve as signposts on the road to the divine, beacons pointing the soul toward God via the sacred text of the Qur'an, considered to be God's own speech. These are not only signs along the journey, but also listening posts. The calligraphy of the Qur'an in its multidimensional form is also a beautiful chant when recited by a human voice. It's neat to think of these as walls that are meant to be sung.
In Christian architecture, labyrinths in Gothic churches offered medieval devotees the opportunity to undergo a spiritual journey in miniature. Divided into four quadrants symbolic of the universe and/or the cross, labyrinths have serpentine paths leading toward a center point representing God, faith, and/or forgiveness. The devotee could spend as much time wandering in the labyrinth as desired until reaching the arrival point in the center. This labyrinth has been in Chartres Cathedral since around 1200CE:

What seems to be the message from these examples is that within these traditions, discovering that one is lost in the maze of this universe is the exact moment when one is no longer irretrievably lost, but is on the correct path toward the divine. According to the Tao Te Ching, the divine is the path, the Tao, the way of things.
I'm interested in finding additional examples of "journeys" inside of sacred spaces, so if you have one, please share.
Posted by quiet mind runner at 1:57 PM 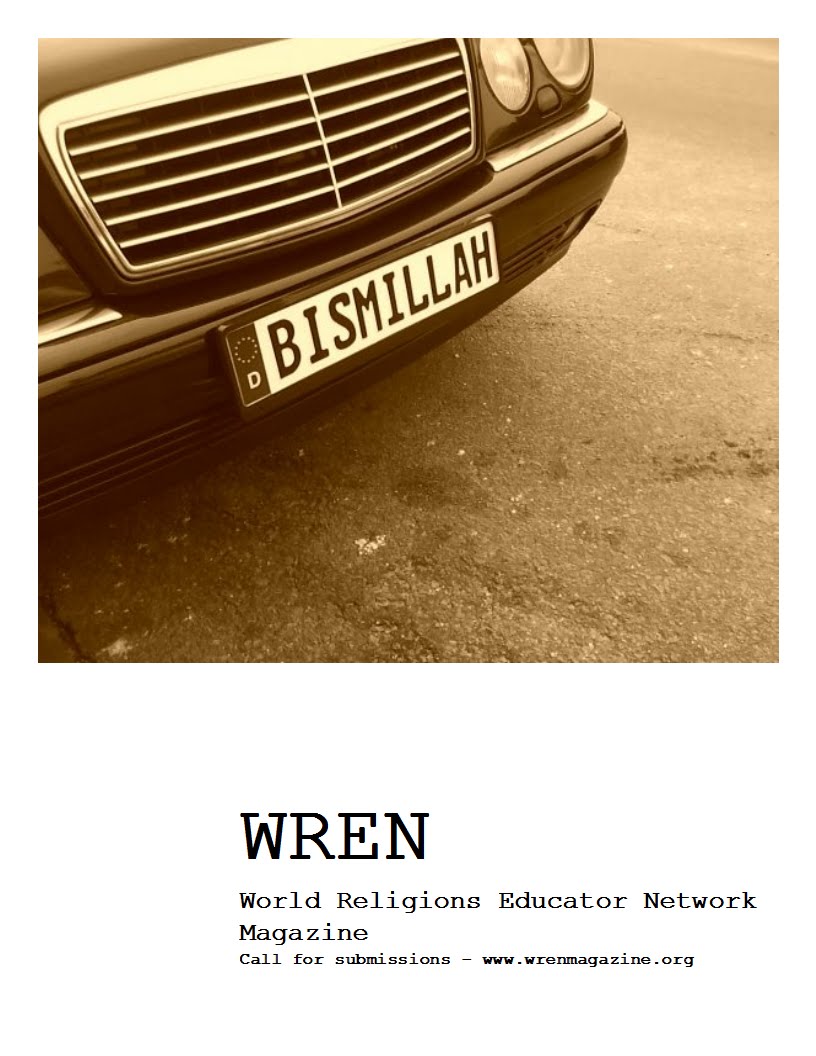